"Running has thrown me into adventures that I would otherwise have missed." - Benjamin Cheever

Let’s Timehop a bit to May 3 years ago…I’m not sure what I was doing this very day, but chances are it was normal every day routine stuff: working, playing with Kiera, maybe playing basketball on my lunch break. I wasn’t a runner, I didn’t see a runner on the side walk and immediately get jealous because they were out running and I wasn’t. If quizzed I’m not sure I would of known how far a marathon was or a 5K, why Boston holds so much significance, what in the world ultra-marathons were and why in the hell anyone would do that. Western States meant Oregon, Washington and California, nothing more.

Since we are sticking with May; let’s move to May 2 years ago.  My first “official” post college run. I may have ran thru a sprinkler or from a dog at some point between college and now but never a consistent part of my life. I’d been playing basketball 3-4 times per week so I thought I was “fit” enough for it. I was going to do a 5K at the end of the month and I needed to figure out how to give my best so I went out on the roads north of town. I quickly found out basketball was not like this & I definitely did not feel “fit”. I couldn’t hit ½ mile without walking, I felt like my lungs were on fire. But some other fire kept burning in me to get back out there and keep trying to get better & better.  I did not feel like a “runner” though, I felt like I was always intimidating runners. But I kept doing it, I kept lacing them up & getting out there to improve myself. I had made promises to myself I was going to fulfill.

May 2014, I lined up in Lincoln, NE to complete 26.2 miles with 2 half marathons under my belt. 1 insanely stupid, drank way too much the night before & could barely get thru it half marathon & 1 nice even paced one that built some confidence.  At this point I had been living a sober life for 7 months. I never found drinking to be a big part of my life but I remembered how much better all-around I felt without out it so in my journey to better health and fitness I gave it up in October that past year. I trained hard and had a great first marathon experience. I can’t find words to explain the feeling of crossing the finish line at my first marathon. From where I started to where I was 1 year later made that finish line such a proud moment for me.

365 days have gone by since that day last year in May.
406 times I have laced up my shoes and went for a run since that day.
2561 miles have gone by on streets, sidewalks, single track trails, treadmills, indoor tracks and fields. That is almost the distance from LA to NYC. 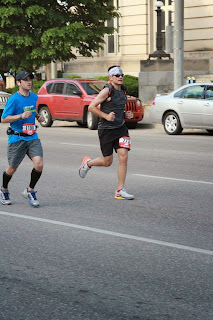 It’s safe to say I feel like a “runner” now. Not because I was born a runner, because I made a decision to revive a version of myself that I had grown pretty tired of. Because I made a decision to consistently work on improving my fitness and health. But more than that I feel like an adventurer now. I feel blessed that I find adventure every day. For me, adventure is a state of mind; It does not take vacations and amazing places, it takes a state of mind that is always open to the opportunities God puts in front of you. 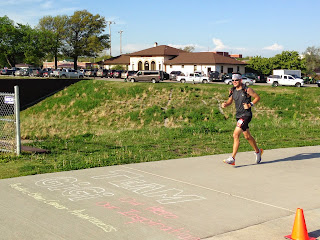 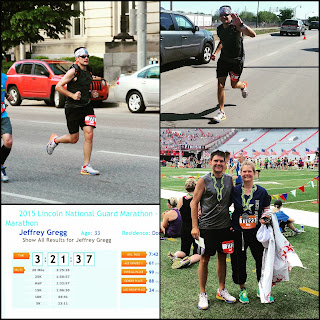 So I laced up my Nikes this May in Lincoln with numerous ultra-marathons & other marathons under my belt.

Prepared Focused & Ready I stepped up to the start line in Lincoln. It never gets easy or less nerve racking but it is always worth every bit of effort it takes. I could start comparing my goals to my actual mile times but I don’t want to bore you with the statistical runner data.
Instead I will sum the run up like this: this race made me feel fulfilled with where I am this May & overwhelmed with excitement with where I will be in May of 2016. 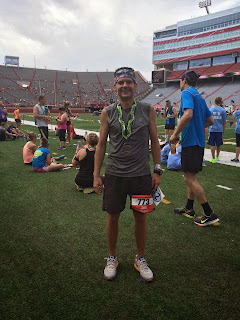 "Through the ups and downs of running, I have found new perspective in life. The suffering and success has made me a stronger, happier person." - Christine Casady 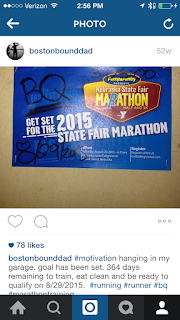